4 months of practise made for 4 impressive performances on the SUIS ShangYin stage. Back in September, 3 ECA groups were formed. Wannabe actors auditioned for the Musical ECA led by Ms. Allison, Ms. Queena and Ms. Rebecca, while costume and set designers signed up with Ms. Joyce and Mr. Adam respectively. With that, the Cinderella Team had been formed.

The costume designers started scrounging and buying materials to put together and make the actors shine. The set designers started the long process of painting 4 impressively large scenes. The actors went through a 2nd round of auditions to assign roles, before going through the script bit by bit, learning one song, one dance, one scene at a time.

By December, the intensity had grown, and the final preparatory week in January had students and teachers alike working hard during recess, after school, and even on the weekend. Performance Week rolled around, though, and the children shone on the stage, their acting highlighted by the efforts of the costume and set students. The reactions from the audience said it all: “This was a performance to remember, and an annual event to look forward to, once again, next school year.”

I thought that being rich

Would bring me happiness.

But now I’ve found the truth,

I’m better off with less.

I see the joy and goodness 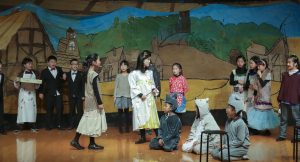 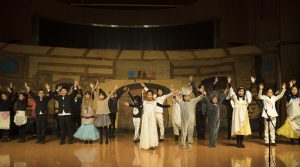 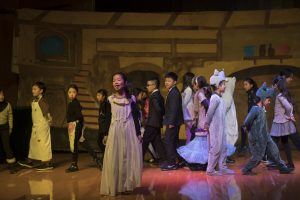 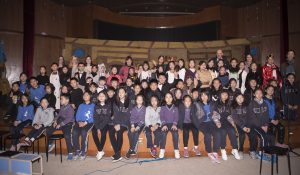